What defines a great yogi is not a matter that can be scientifically defined. Yoga means union and a yogi is someone who practices yoga, in other words, walks the path of union. A yogini would be the same, only in female form. To be a "great" yogi is rather subjective, as it is a term coined for those who have inspired many by example through the way they live and embody the path of yoga, which is manifold!

What does it mean to be a yogi?

One important element that makes someone a yogi/yogini, is that they live by the yamas & niyamas - which are considered to be the ethical precepts required to live a happy, healthy, and integer life. And one can observe the yamas/niyamas in life to different extents. Nothing is "better" or "”worse" - we are all here together evolving at our own pace. We are here to walk each other home. 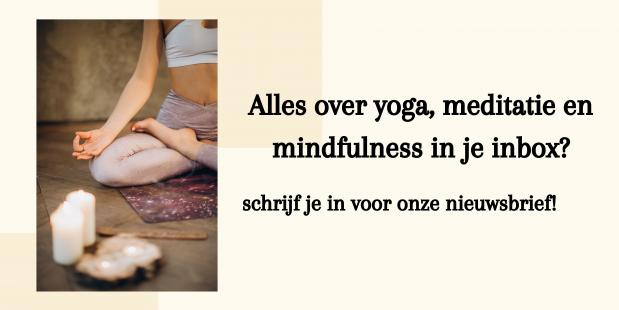 With that being said, in this entry the idea is to present a some examples of people who have been considered to be great yogis as a way to inspire you to think about what yoga means for you, and in which ways you are a great yogi (or yogini  of course!). Every single being to ever have walked this planet is a unique manifestation of Divine Perfection. In one way or another, there is always something to be learnt from each other if only we are open to that perspective.

The list of great yogis in history is extensively long, and so before we turned this blog entry into an entire novel - we made a special (chronologically ordered) selection. This special selection based on the fact that even after many years, these masters have left spiritual lessons for humanity which are still relevant to this day and age.

We invite you to grab a big cup of your favourite summer drink, sink back into your chair (grass, or favourite sitting asana), and enjoy this journey of briefly meeting these great yogis in history.

This yogi from so long ago brought the Vedas and Advaita Vedanta (a non-dual, monistic Hindu monistic spiritual philosophy) back to life. He traveled, and debated with other thinkers and philosophers of his time, in this way establishing the spread of his philosophy, in which the relationship and identification of the Atman (Self) to and with the Atman (the Absolute) is practically the main theme.

This noteworthy multi-talented mystic and philosopher was well learned in the fields of art and philosophy, and is mostly popular for his contributions to Kashmiri Shaivism (he is the author of Tantrāloka).

This disciple of Mahavatar Bababji was a guru (Swami Sri Yukteswar Giri was one of his disciples) who brought Kriya Yoga back to life. One of the many special and particular things about him is that, while many had renounced the material world in search for the ultimate Self-Realization (and often did not succeed), Lahiri Mahasaya reached Self-Realization while being what was considered to be a "worldly" man - having a job as an accountant and being a householder.

This disciple of Lahiri Mahasaya (above) and guru of Paramahansa Yogananda (to be mentioned later) was a swami, scholar, Vedic astrologer was was referred to as a jnanavatar, Sanskrit for "incarnation of wisdom." Even after his incarnate life (he consciously left his body in 1936), Yogananda describes a vision he received from him in which wisdom about the afterlife was revealed to him.

This poet and guru was a big promoter of spiritual evolution, believing that a divine and liberated life on earth was possible. He is known for having developed Integral Yoga.

This disciple of Ramakrishna was an Indian Hindu monk who played a big part in introducing Vedanta and Yoga to the West, which led different faiths to gain more awareness of each other. Hinduism became officially acknowledged one of the World Religions after he introduced it as such in Chicago (1893). He had a large following, and dedicated himself to giving lectures in the West. He was all about embodying the Divine Self and living a life of serving God.

This Indian sage was a true jivanmukta (liberated while alive). When he was 16 years-old, a "death-experience" made him wake up to the reality of his true self, the Divine Self.

He is best known for his method of the the "Who am I?" meditation, and he recommended the practice of self-enquiry as a means to get rid of ignorance and gain true knowledge of the self which resides in the heart. His teachings are based on the idea that our true self is sat-chit-ananda, Sanskrit for "truth-consciousness-bliss." He is also famous for his devotional ways.

This man dedicated himself to conducting scientific research of the health benefits of yoga, carrying out experiments that resulted in very positive results. It was him who published the very first scientific journal on yoga: Yoga Mimamsa (1924).

This legendary mystic and bhakti yogi was blessed with the experience of spiritual ecstasy since he was young from a young age and lived immersed in God. Famous for his almost obsessive devotion for Kali (a prominent Hindu goddess). Ramakrishna's teachings were focused on God-realisation as the supreme aim of all human life.

This Indian devoted disciple of Sri Yukteswar Giri became a swami and guru who initiated a multitude of Indians and westerners to the science of Kriya Yoga through the Self-Realization Fellowship. He believed that through the practice of the science of Kriya Yoga, it was possible to personally and directly experience God. Bridging East and West, he also brought the teachings of Jesus Christ to a new, revived light, showing how certain principles are valid throughout all religions. He is famous for his influential book Autobiography of a Yogi (1946) and also wrote a long list of other books aimed to serve the spiritual evolution of humankind.

This Indian guru is famous for having developed the Transcendental Meditation technique which has been much appreciated by people in the West, being considered to be systematic, simple, and effective.

This Hindu spiritual teacher was a doctor who abandoned his medical practice to dedicate his life to yoga and awaken the moral and spiritual consciousness of people. He wrote more than 200 books on yoga and secondarily also a variety of other topics. He also founded Sivananda Ashram (1936) which also serves the headquarter of the Divine Life Society, the Yoga-Vedanta Forest Academy (1948) and. Today, Sivananda Yoga Vedanta Centres are found worldwide.

This, also Indian, teacher of Hatha Yoga was also a well-learned scholar and ayurvedic healer. He is known to have developed the Vinyasa Krama Yoga style, a branch of Hatha Yoga that combines movement with breath. The core of his teachings were based on approaching each student as unique, and offering them each a practice which was particularly relevant to them.

Also widely known as Osho, this mystic, Indian guru and philosopher dedicated much of his time to commenting on various religious traditions and philosophies. He believed that everyone has the potential to reach enlightenment, and taught over a hundred meditation techniques (the Dynamic Meditation being the most famous, in a nutshell going from movement to stillness). He founded several communes (1970s-80s) that magnetized thousands of followers. Advocating that being (materially) poor was not necessarily a spiritual virtue caused some upheaval and criticism in society when he publicly flashed his own material wealth. Some of his particular criticisms and the way he promoted openness in regards to sexual practices led him to be considered as controversial. To add to the controversy, after some of his followers committed a series of crimes in the early 80's, he was deported from the U.S.A. and was denied entry from many countries. Today, his ashram (OSHO International Meditation Resort) still exists and his teachings continue to inspire many in the New Age spiritual community.

Bringing it all together

All of the abovementioned teachers promoted the spiritual evolution of humanity, and contributed to offering teachings and methods to guide people towards Self-Realization - in other words the identification of the Self as the Divine Self. Another commonality from this list is that all these souls manifested as men in their roles (actually to the exception of Ramakrishna, who was considered to be androgynous by many). Why the most famous spiritual teachers and gurus in history have been men? Topic for another entry!

No matter how advanced a teacher, spiritual guide, or master is, we need to always remember that while the master can show us the door, it is us who have to walk through it. We should always own our truth and power rather than give it away. To recall the inner guru as our true guide is to trust the gift of divine intuition we have all been granted - as your intuition is what will guide you in the path that you are particularly here to follow. May we all always learn from others, and each other, embracing the art of integrating the teachings into our being in a way that supports us in living our highest Truth.